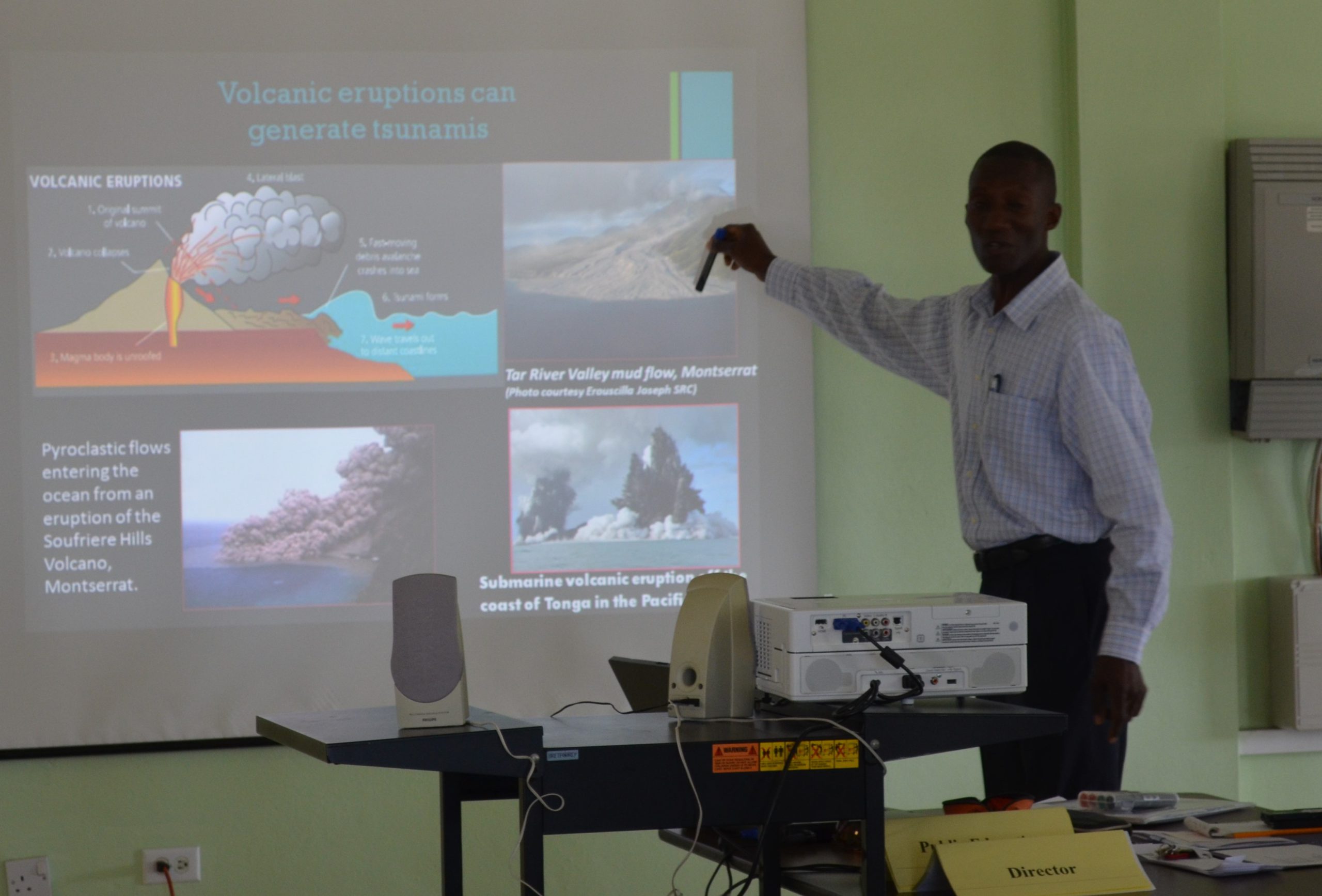 Tsunamis are often incorrectly referred to as tidal waves, but a Tsunami is actually a series of waves that can travel at speeds averaging 450 – 600 miles per hour in the open ocean. As the waves approach the coast, their speed decreases, and their amplitude increases. Unusual wave heights have been known to be over 100 feet high. However, waves that are 10 to 20 feet high can be very destructive and cause many deaths or injuries.

From an initial tsunami generating source area, waves travel outward in all directions, much like the ripples caused by throwing a rock into a pond. As these waves approach coastal areas, the time between successive wave crests varies from 5 to 90 minutes. The first wave is usually not the largest in the series of waves, nor is it the most significant. Furthermore, one coastal community might experience no damaging waves while another, not that far away, may experience destructive deadly waves. Depending on a number of factors, some low-lying areas could experience severe inland inundation of water and debris of more than 1,000 feet.

CARIBE WAVE is the annual tsunami exercise of the Intergovernmental Oceanographic Commission (IOC) of the United Nations Educational, Scientific, and Cultural Organization (UNESCO). Each year, disaster management agencies participate in the exercise to advance tsunami preparedness efforts in the Caribbean and Adjacent Regions. It takes place on Thursday, 11th March, 2021.Who participates in Caribe Wave?Each one of the 48 countries and territories that are members of CARIBE EWS decide on the level of participation and coordinate the corresponding activities within their jurisdiction. Locally, participants include: The NEMA on St. Kitts and NDMD on Nevis; Police Telecomms; Emergency Response agents; Media and of course You, citizens and residents, the recipients of alert and emergency messaging.

Why should you participate in Caribe Wave?

-To be updated with news and preparedness tips, and

– To gain peace of mind that you, your family, your co-workers and thousands of others will be better prepared to survive and recover quickly when a tsunami occurs! This is accomplished by educating persons on the hazard and testing their capacity to respond, upon impact.