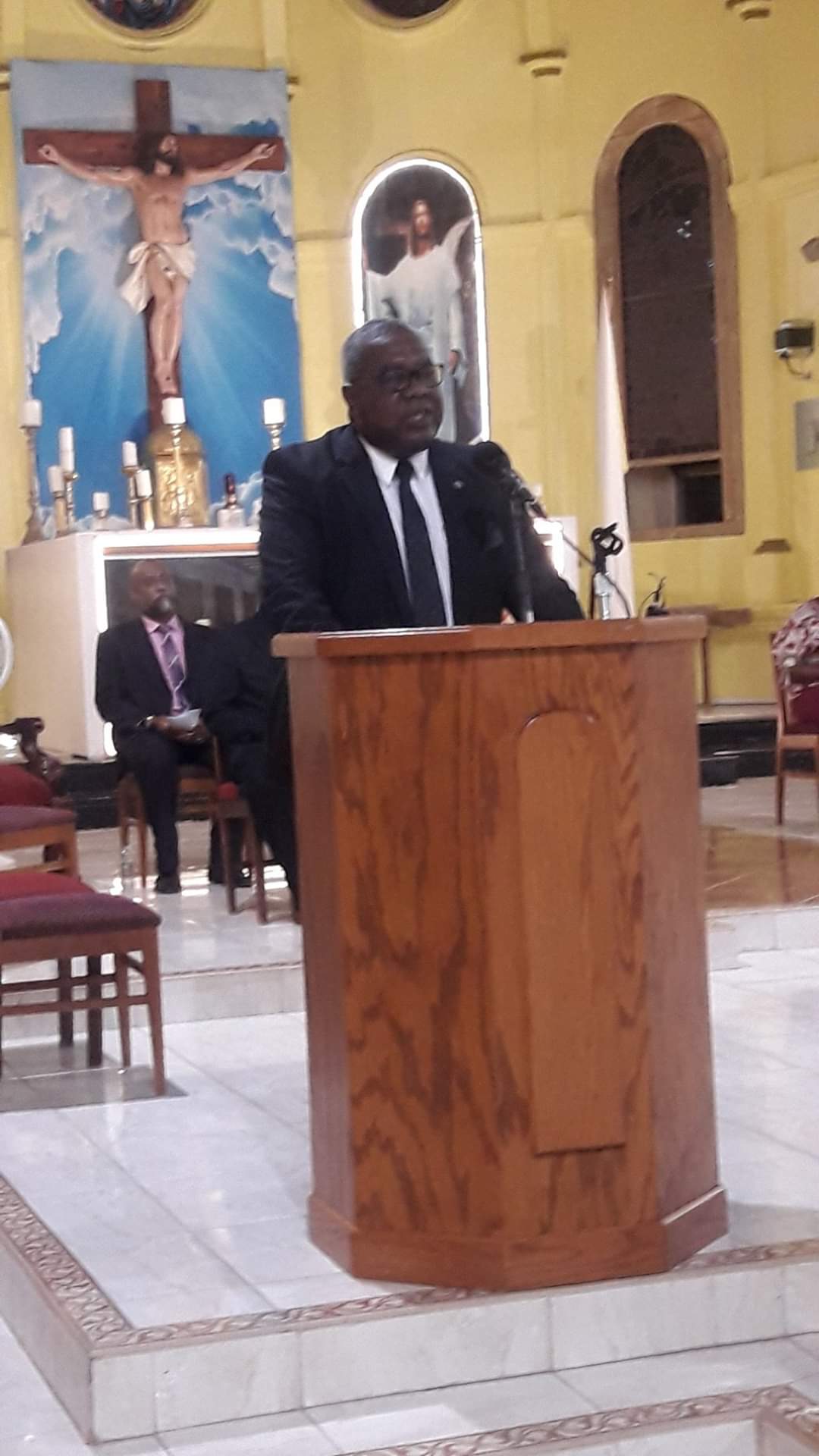 Ministers of Government celebrated together with NEMA, her stakeholders and members of the religious community at the annual Ecumenical Service of Thanksgiving which was hosted by the Christian Council last night, Sunday, December 1st.

The gathering, in thanksgiving for lives spared and property undamaged, took place at the Immaculate Conception Co Cathedral, at East Independence Square, in Basseterre.

In his remarks, Mitigation Minister Hon. Vincent Byron declared that everyone within civil society has a role in Comprehensive Disaster Management and the security of all residents..

“The Christian Council is one of our more valuable partners in Disaster Management,” he said, “You are the link between us and your congregants during emergency situations, which might signal the difference between danger and safety.”

Minister Byron thanked the Council for the opportunity to share and encouraged increased partnership with the agency, towards a more resilient and progressive nation built upon the pillars of Prevention, Preparedness, Response and Rehabilitation, in 2020 and beyond..