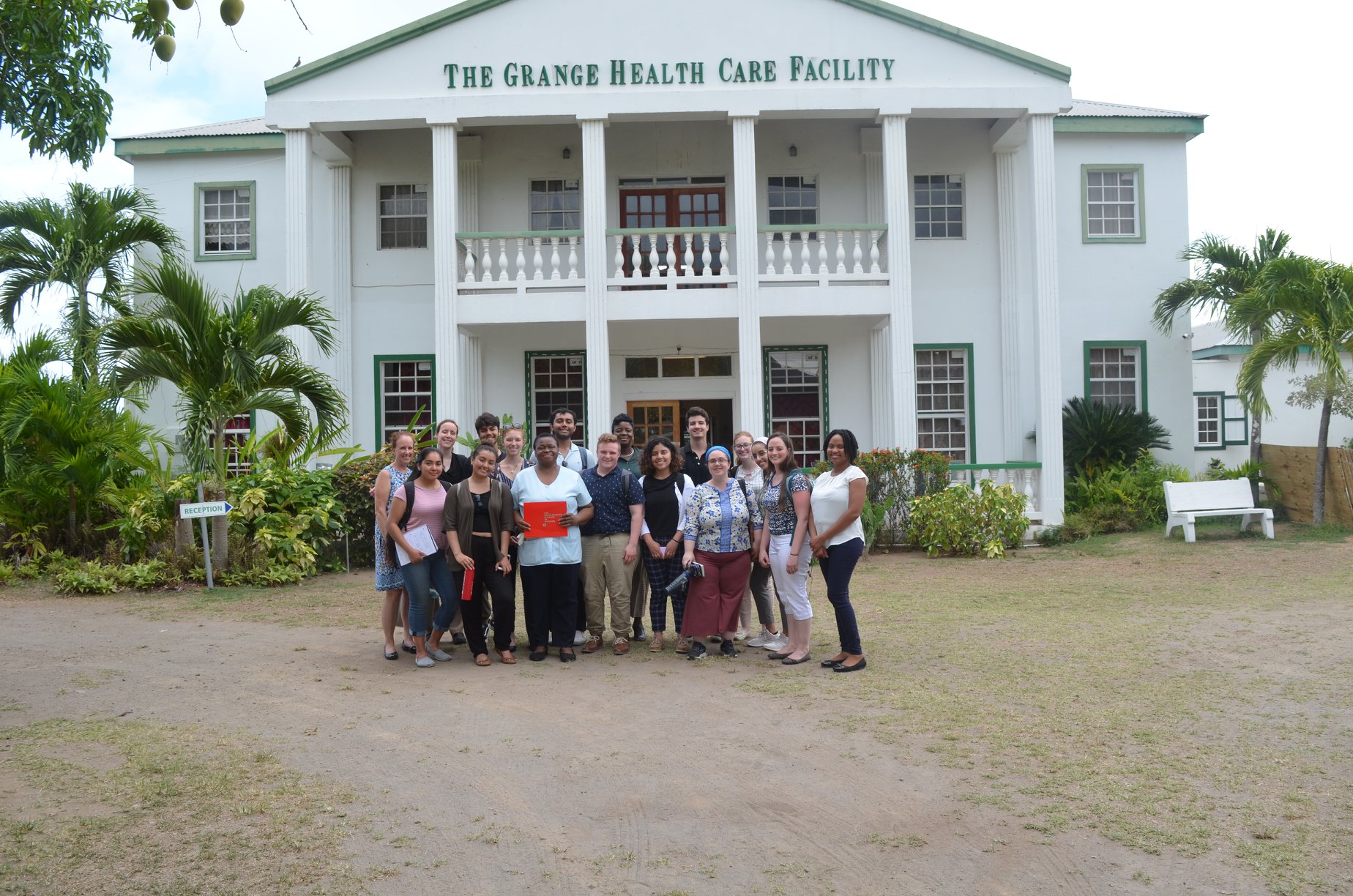 Faculty and students from the universities of Illinois, Chicago and Northern Colorado, have returned to St. Kitts and Nevis to conduct community resilience surveys and disaster management exercises, led by Drs. Gwyneth Milbrath and Audrey Snyder.

The exercise forms part of an annual STUDY ABROAD PROGRAMME, which began some 11 years ago on the island of Nevis.

Dr. Milbrath first came to St. Kitts as a young student on the said programme many years ago, and has returned yearly with students of her own, since achieving the position of Assistant Professor in the Illinois College of Nursing.

As new students begin their task of collecting and analysing data collected within communities in the Federation, presentations on findings from the assessments done in 2018, were made to Disaster officials and stakeholders at the NEMA HQ, this week by Doctors Milbrath and Snyder.

The purpose of the 2018 assessment was to understand baseline knowledge, perceptions and activities within communities, related to disasters; as well as to better understand the roles, partnerships and activities of Volunteers and staff in disaster work, in the government and the communities.

In 2018, the research team comprising 12 students and faculty and staff and volunteers from NEMA and NDMD, completed 343 community surveys and 40 key informant interviews.

According to Dr. Milbrath, approximately 25 surveys were collected from each of the five parishes in Nevis and the eight districts in St. Kitts.

The surveys sought demographic information and knowledge of disasters, attitudes and actions related to disaster preparedness and perceived community resilience to disasters.

Not surprisingly, findings pointed to a less than proactive approach to individual preparedness based on a variety of challenges, but noted that persons felt that communications were forthcoming, particularly via radio, where most Kittitians said they received their news, updates and alert messaging, On Nevis, it was via Social Media.

DNDC Claricia Langley-Stevens in receiving the report, said that the information provided by the UIC/UNC Team will most definitely lead to improved disaster resilience through decision making that is based upon data gathered at community levels.”This will influence plan development to the benefit of all residents, special groups, communities and our agency,” she said.