LESSONS LEARNED IN 2017 TO INSTRUCT PREPAREDNESS FOR 2018 HURRICANE SEASON 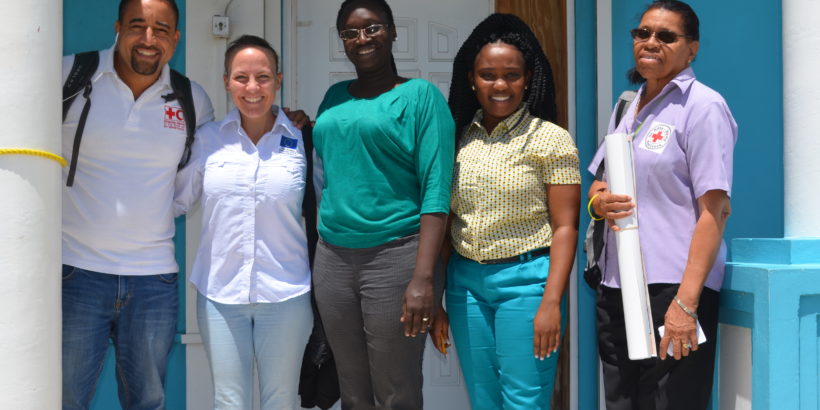 Folks throughout the region are still recovering after 2017’s devastating hurricane season, and forecasters have already sounded a warning bell about the current season. And even though hurricane season doesn’t officially begin until June 1, storms have been flaring up way in advance of that date.

The MET office has indicated that this Atlantic Hurricane Season will be slightly above average, similar to that of 2017. Predictions approximate between 14 and 18 named storms of which seven may become hurricanes.

“Persons are reminded that not all of those systems are likely to affect St. Kitts-Nevis,” Senior Met Officer, Elmo Burke has said, “nor even develop as predicted, however the key to remember in all of this is to be prepared for any and everything possible.”

Local and regional after action reviews of the 2017 Atlantic Hurricane Season calls for stakeholders to share lessons learnt so as to better prepare local communities and businesses to engage in ongoing mitigation. This effort is being jointly led by NEMA and St. Kitts-Nevis Red Cross Society.

The Workshop on Lessons Learnt (hurricanes Irma/Maria) will take place at the NEMA HQ in Lime Kiln, Basseterre, from 9am to 4pm tomorrow, 24th May, 2018.

Deputy National Disaster Coordinator, Mrs. Claricia Langley-Stevens says “This workshop is part of the NEMA’s annual preparedness actions in our role as Disaster Coordinators,” noting that the Nevis Disaster Management Department (NDMD) will be partnering on the programme as well.

“It is against this background”, the DNDC added, “that we encourage all of our critical stakeholders to make a very special effort to participate in this exercise,” concluding that the goal is to strengthen the Nation’s ability to respond to the threat of and/or impact of hazards.

The 2018 hurricane season in the Atlantic Basin runs from June 1 through November 30.